First of all, I hope you to stay safe and in good health.

This time I want to explain my experiences trying to build some British and American Artillery units, valid for the American Revolution period, 1/72 scale.


In this scale we can find only two references regarding to this subject. Both are from IMEX, Set 554 American Artillery and  Set 555 British Artillery.

Regarding to the figures,


-Actually uniforms were the same in both armies, (and with the same colour, in blue, not as they appears in the British artillery illustration) so both references are valid for each armies, so we have twelve different poses for each one. (six from the British references and the same for the American one). You can see an artillery British uniform(left), and a artillery American uniform 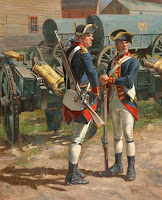 -But…yes there is a very big (and this is the suitable word¡), they are too big, In the PSR, we can read that the American figures (the first ones) have and average height of 24mm and the British 25mm…)As you can see in the photos, if we compeer the Accurate-Revell-Imex infantry  figure with the Imex artillery ones, there is a real difference not only in heath but in build, this difference is big in comparison with the standing poses, but with the sitting ones its simply incompatible.
Because of this I haven´t used the sitting ones, and I ave cut and intermediate slice of the legs of the standing ones.

Regarding to the guns,


As you can read in the In the PSR review, both guns are very small (yes too big figures, and too small guns¡). The guns provided in the American Artillery box, may be 2 or 3 pounder guns, but the guns provides in the British Artillery box,are even smaller,and short as a little mortar, I thing is useless for a normal artillery unit.

If we can provide our units with something similar to the standard 3, 6- pounder gun we have to use anotherones 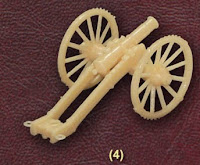 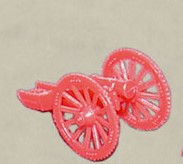 These are the results… 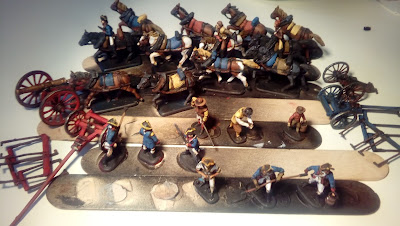 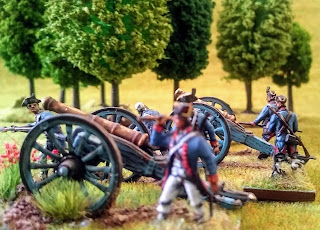 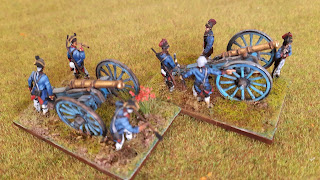 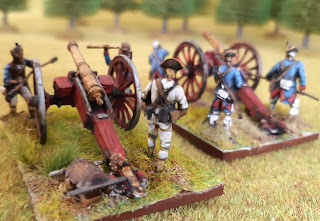 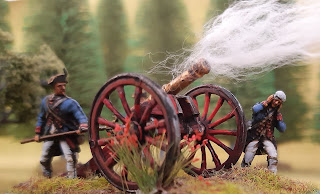 But apart from the standard figures, we can try another ways for building our units…

I have used the IMEX artillery figures, replacing their heads for those from the Light infantry figures of A Call To Arms Set 65 British Infantry 1775 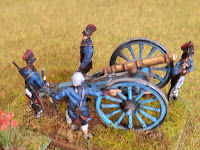 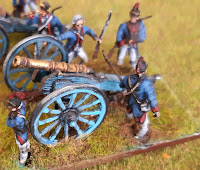 We can use the IMEX American guns, with the Accurate infantry figures; yes with a minimal transformation... 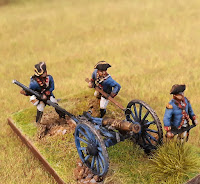 I have used three figures of the Airfix Washington infantry, replacing thir legs as I did with the American Infantry, and the German Jaggers… 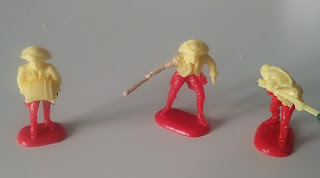 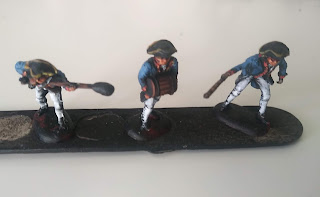 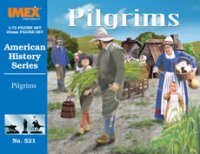 We can use the same guns with the IMEX Set 521 Pilgrims (http://www.plasticsoldierreview.com/Review.aspx?id=805) 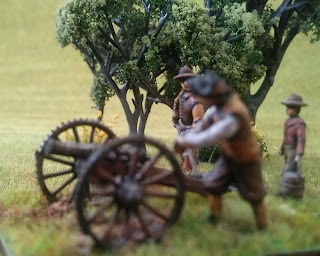 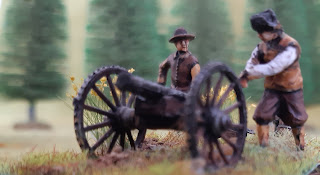 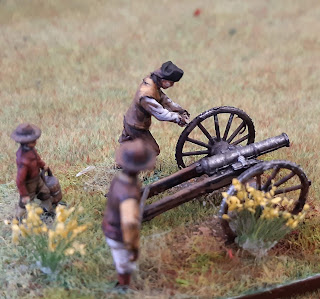 I think the look of the figures may resemble the civil clothes of the very first militia units, specially from the south…