After doing some English Regiments of fusilier s, I´m trying to add more variety on the English side; I Have done two units of hessians (fusiliers and Granadiers), an as well as a Loyalist unit. Now I have done a highland Regiment, so lovely with their skirts.

According to “An illustrated Encyclopedia of uniforms 1775-83”, after the Jacobite rebellion, the42nd Foot Scottish regiment were raised , first for policing the Highlands, and later was send to America, Due to his exceptionally service in the French and Indian war, it became a Royal Regiment.


There are a lot of illustrations about their uniform in the American Revolution:

For this uniform, I have three basics references for the highlanders..all of them of other periods¡

http://www.plasticsoldierreview.com/Review.aspx?id=92
I have them. I think very good figures, slim Esci type.


I have them .Good too, their face seem a little like cartons.-


-1.bUse of kilts and plaid; In the Presidio book “Military uniforms in America” and Blandfort colour series.

I have them. Very apropiate for the very first period, apart of using of Kilt, they wear many thing that the other references lacks; plaid cartage box in the belly, sporran…Good figures and poses, more bulky than Accurate and esci-Italeri figures.

2.Second periods;
They used normal gaiters…but who want to represent them in this appearance if you can chose with Kilts¡¡

Finally I Have used the Italeri Set 6004 Highlander Infantry, because of the bulky appearance of RedBox Set 72050 Highland Infantry, but I think the Redbox set is more appropriate. 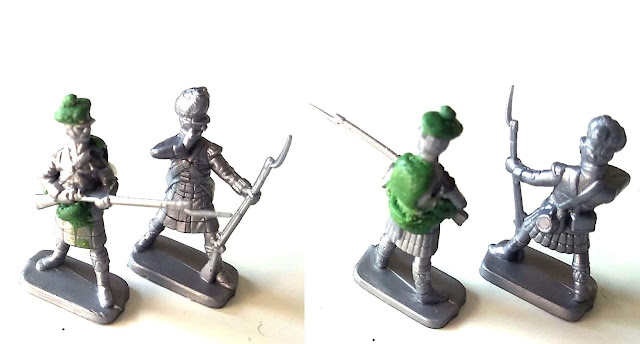 Transformations; As you can see, I have cut the shoulder pads, the hats, added the cartrige boxes, the sporrans, new hats…and have hidden the modern cartridge boxes modeling bags of this period above them.
The backpacks; In the Italery reference they looks very “modern”; In all illustrations they have a more rustic appearance. I have tried to transform the in this type of the AWI period.

The backpacks; In the Italery reference they looks very “modern”; In all illustrations they have a more rustic appearance. I have tried to transform the in this type of the AWI period. 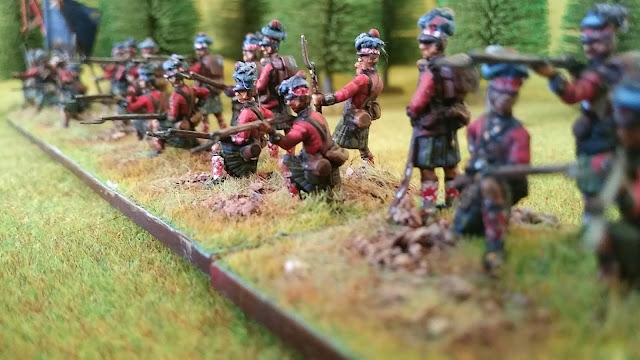 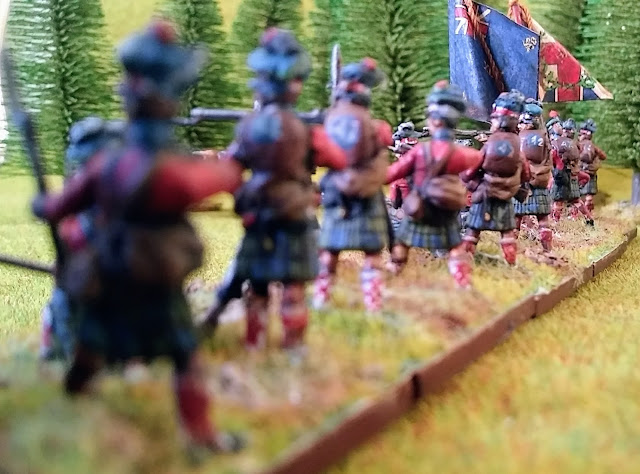 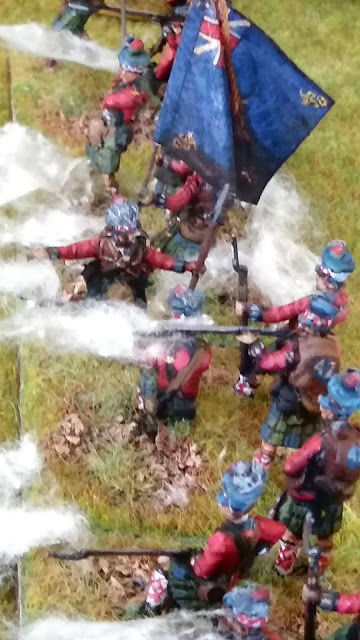 Thank you very much for watching¡¡

you can get more information of this unit in this excellent page;
http://www.42ndrhr.org/index.php