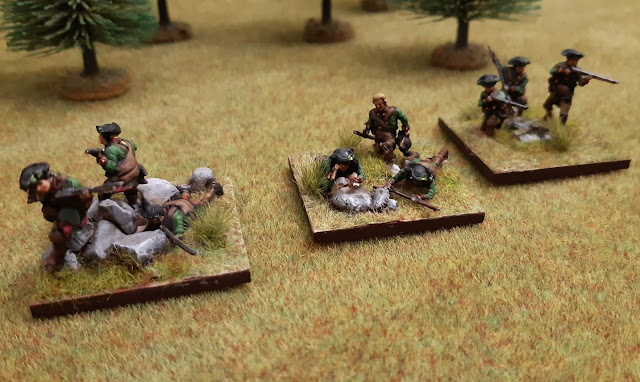 
After making my history exams, I have recovered my hobby…

I bought in Ebay a box of Airfix “Washington Army”.

I received a box from Chicago…my Christmas present¡¡¡ It was not expensive (13 Euros with shipments), but it maintain the price it had…in the seventies¡?…58 cents

I feel they are practically an antique; I´ll fill a little guilty cutting they away…but they are done for using them; don you think so? 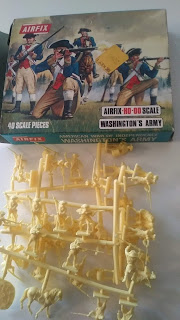 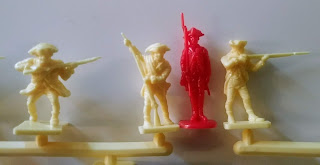 
It´s the first time I see them physically, They have a strange proportion, in comparison with the accurate figures; short, and with a big head, and bigger hat¡¡…but with the exception of their short legs they look great. They have the unique AWI prone poses in the market…

I have seen them in internet, as part of very interesting armies. But in my case, Making them directly from the box doesn´t convince me; they feel very different in proportion in comparison with the figures I´m using…

but I will feel more guilty transforming them¡¡¡

So…with prone poses, with small legs for using the standings  poses,… what can I do with them¡?

I thought in making a small unit of German Jagers; they are a scout unit, these kinds of poses may be appropriate for this unit… 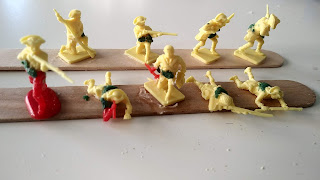 I thought that using not standing poses, and adding the jacked boots they would conceal their short legs. For the standing firing pose, I have changed his legs for another ones from the Accurate figures. I have transformed the Officer, from an standing to a sitting pose. I have added an arm with a telescope to one of the prone poses and I have cut the bayonets as the rifles didn´t have them.


According to “An Illustrated Encyclopedia of Uniforms from 1775-83”, Jägers were the best light infantrymen. They were specialized in skirmishing, scouting and ambushes. They used hunting rifles without bayonets.

In the supplement “Rebellion” of the “Black Powder “ Ruleset, they act as small light infantry units.

There were Jägers from the four main German contingents; Hesse-Cassel, Anspach-Bayreuth, Brunswick and Hesse-Hanau; All of them wore in the same way; “The Jägers were uniformed in green, faced crimson and their  buttons were of yellow metal. They wore the cocked hat, usually with a green cut-feather plume on the left side over the cockade. 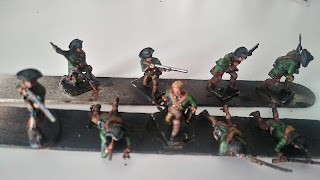 So I did three bases… in skirmishing, scouting and ambushing… 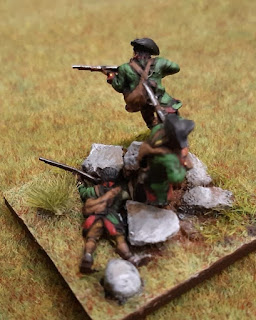 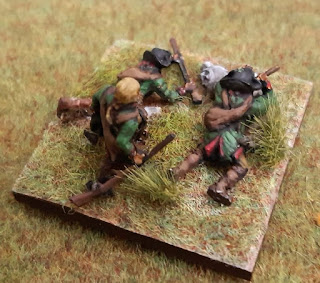 In the skirmishing base I have tried not to do a linear composition, so I have positioned them uning among the rocks,so not in a direct way, and in three different levels; from one prone position otherone in standing and the last one above the rocks…

What to do with the rest of the figures?

It has been worthwhile to use the Airfix figures?
I have to think what to do with the rest of figures; My doubt is if to left their original legs in the standing poses or to replace them as I have made with the standing firing pose…What do you think?

Thank you very much for watching¡ 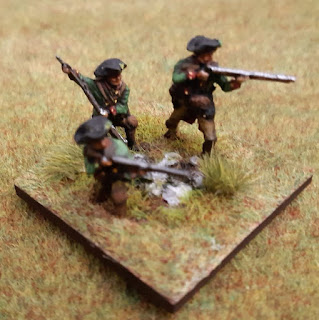